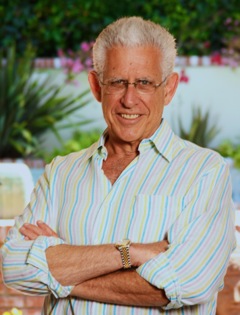 Alan M Schwartz, President of Asset Management Solutions, is one of Southern California’s most versatile leaders.  In addition to his varied business interests, Alan has a long record of active engagement in the arts and civic affairs, as well as support for causes associated with the Jewish Community and the State of Israel.

In the business world, Alan heads one of the oldest continuing enterprises in Los Angeles County–a Torrance based family retail and property development company that will celebrate its 100th year in 2017.  He serves as President and CEO of Asset Management Solutions LLC, which manages and develops commercial and residential real estate properties and oversees a diversified portfolio of stocks, bonds and other investments.  His most current project involves the building of state of the art motion picture and television sound stages and studios around the globe.  He has also served as a public affairs consultant to a number of corporations and law firms over the years.

Alan had a 25-year career in the entertainment industry with particular emphasis on negotiating international television licensing agreements.  As a talent agent at the William Morris Agency and ICM (International Creative Management), Alan represented Jimmy Stewart, Twiggy, Ali MacGraw, Christopher Plummer, and Bernadette Peters among others.  In front of the camera, he was a television broadcaster for the New Zealand Broadcasting Company and hosted a public affairs program for Time Warner Cable.

Along with his business career, Alan has made a major commitment to civic affairs and active involvement in organizations and causes that contribute to the cultural and economic well being of society.

In the arts, Alan currently serves on the prestigious Board of Visitors of UCLA School of the Arts and Architecture. He is the immediate Past President of the Royce Center Circle – the support organization for the Center for the Art of Performance at UCLA ( CAP-UCLA ) one of the nation’s premiere contemporary performing arts presenters. A champion of arts education in the schools, Alan also served as a Trustee of the California Summer School for the Arts.

Long active in the Jewish Community, Alan serves on the Board of Governors of Tel Aviv University.  He is also a member of the International Board of Trustees for the Moshe Dayan Institute for Middle Eastern and African Studies.  He previously served on the Executive Board of the American Israel Public Affairs Committee (AIPAC).  Members of Congress have frequently consulted Alan for his perspective on Middle East issues and development.

In the South Bay, Alan has served as President of the South Bay Association of Chambers of Commerce (Representing more than 10,000 businesses) and has been honored as The Torrance Chamber of Commerce’s 60th Anniversary Businessman of the year.  Alan spearheaded the successful effort to build support for retention of the Los Angeles Air Force Base during base-closing deliberations in the1990’s.    He has also served as a Trustee of Little Company of Mary Medical Center and as a member of the Harbor-UCLA Community Advisory Board and Friends of the Los Angeles Biomedical Research Institute.   Other civic involvements have included the Los Angeles Economic Development Corporation, the LA/Long Beach World Trade Association, the Volunteer Center Board, the Salvation Army Board and a number of public/private outreach projects to benefit underserved communities in the Greater Los Angeles Area.

Alan attended the University of California-Santa Barbara and holds a juris doctorate degree from the West Los Angeles School of Law and a certificate of Merit in International Jurisprudence from the McGeorge School of Law. Alan lives in Holmby Hills in West Los Angeles and is the proud father of Adam Schwartz, soon to be a member of the Class of 2018 at the University of Chicago.

Error: Only up to 6 widgets are supported in this layout. If you need more add your own layout.